Founded in 1949, Drake Meats – producers of Jerky In A Box – has been owned and operated by the Ediger family for over 70 years. Their mission is “to bring people together around good food”, and their aim is to become a household brand, enjoyed by Canadians. Based in Drake, Saskatchewan (where the company derives its name), they are the proud producers of premium craft meats – from sausages and wieners to burgers, bites, bacon, jerky and more. Carefully crafted in small batches, their products are made from the finest selections of naturally-smoked, prime cuts seasoned with household spices.

Standing Out From The Herd

Drake Meats came to Blue Meta looking for help in launching their new brand, Jerky In A Box. The beef jerky products are crafted in small batches made from 100 percent Canadian meats that are extra thick-cut, naturally hardwood smoked and marinated for 24 hours. Through a regular online subscription service, mouth-watering flavours like Maple BBQ, Buffalo Ranch, Honey Whiskey and Jalapeno Lime are delivered direct to hungry customers’ doors.

With strong packaging and messaging in place, it was time to get the product into the hands of meat lovers across Canada while, at the same time, utilizing Drake Meats’ very loyal, very eager following. Working closely with their in-house marketing staff, we developed a comprehensive marketing launch strategy that carried forward into a strong Q4 digital marketing campaign to generate both subscriptions and gift box sales.

Jerky in a Box had a big task ahead of them. Launching not only a new brand but also a new product line in a competitive ecommerce market during a time when ecommerce sales are at record highs was no simple task. The challenge was two fold: Jerky In A Box needed to stand out from other already-established jerky companies while competing with other subscription boxes currently in the market. 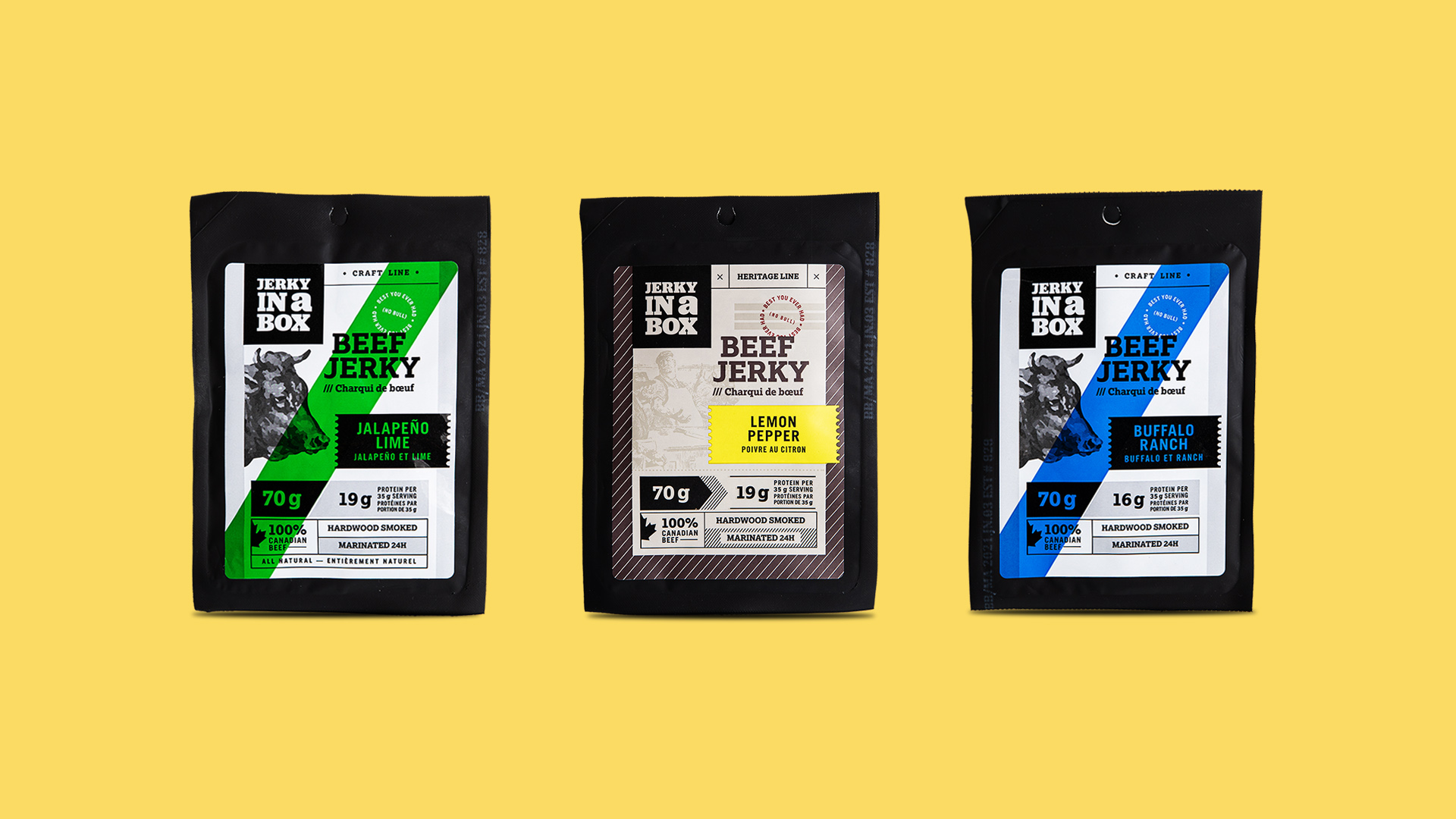 Following an initial discovery meeting, our team went to work, developing an ecommerce strategy to specify target audiences and marketing tactics. We also crafted messaging that would relate to different segments of the target market while delivering strong ad creative to ensure the new brand would get noticed.

Using Drake Meats’ loyal following, we teased the new brand with targeted emails and Facebook ads. This also created engagement before hitting the mass market. Overwhelmingly positive feedback generated an email list of over 600 people who were primed to receive dibs on the new product. Once the barn doors were open (yep, we went there), we launched Jerky in a Box across Canada, targeting meat lovers from Fort St. John, BC to Charlottetown, PEI using Facebook ads, Google ads and email marketing. Once again, the numbers showed us there was strong interest in the product as evidenced by increasing demand. 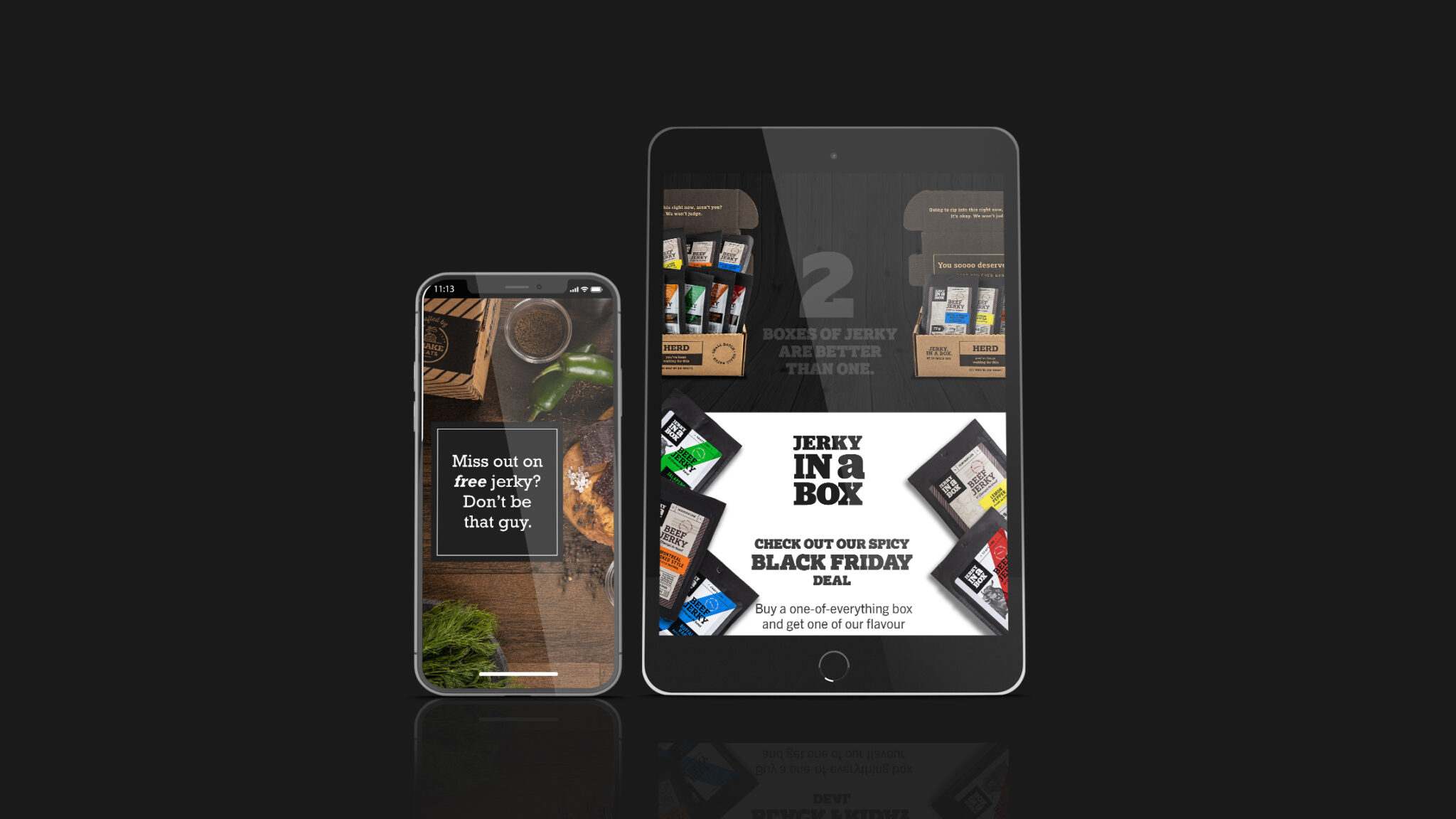 Continuing to build momentum and gaining traction, we built out a campaign strategy specifically geared for Black Friday/Cyber Monday and the holidays. During these campaign months, we worked closely with influencers, both Saskatchewan-based as well as those from across Canada. This resulted in generating even more demand as our influencers shared their 12 package gift boxes with their fans. As part of the arrangements made with select influencers, the real time unboxing of just-delivered product was captured on video that was later used on numerous social media channels. One video in particular turned out to be advertising gold for us. 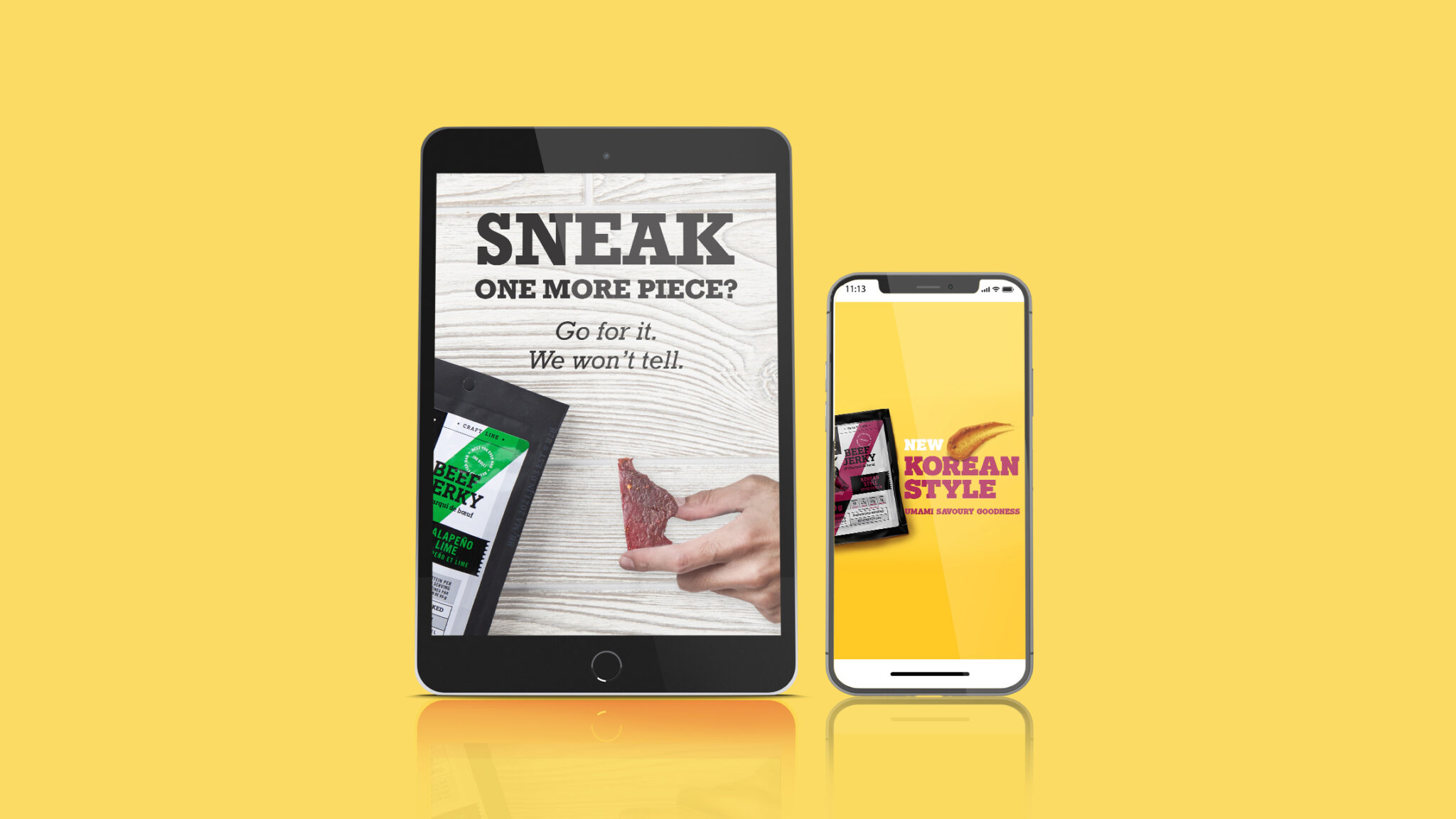 Based on these promising results, and armed with a smoking hot deal to entice jerky lovers and gift buyers, we launched the Black Friday/Cyber Monday campaign. We struck gold again, selling $100,000 worth of jerky in just one month. Through additional investigation into the overwhelming response that we received, we discovered that gift givers found this to be an ideal gift for friends and family…or oftentimes just to treat themselves. Following the holidays, we worked on converting gift givers into subscribers using a series of emails and Facebook ads. We also continued to push Google ads and a new brand video we launched on YouTube to capture general searches from those who were looking for jerky subscription services.

“Our expectations were far exceeded in how the Black Friday and holiday sales went. If you had told me earlier this year that we would sell this much jerky I would have said you were crazy.”

(April 25, 2022) – Blue Meta is pleased to announce that two digital marketing campaigns for a valued and long-standing client were recently recognized internationally with Hermes Creative Awards.