THE OTHER ROI: Relevance, Originality and Impact In Digital Ads

One of the most important indicators of how well an ad or a campaign is working is through a metric known as ROI or return on investment. But did you know there’s another ROI that should also be considered when measuring the success of digital advertising? Here at Blue Meta, this second ROI is an acronym for relevance, originality, and impact – and they’re all related to ad design.

Great ad design is about more than a logo, a visual, and a few words. In today’s crowded, competitive online markets, where consumers are bombarded with messages and images, your brand has to stand out and you have to deliver on your brand promise at the same time. A well-done, well-placed ad builds continued trust with current audiences and encourages buy-in with potential new ones.

It’s simple: brand recall and recognition. You want audiences to easily remember your brand within various contexts. For example, if you think of “smartphone” and immediately think of “Apple”, that’s because the company has done so well with its brand recall strategies.

The more an ad relates to an intended audience, the more likely they are to convert to the action you want them to take. This is where the design elements come into play. But just how do these components stack up within the context of a digital ad?

Remember, combined, these three design elements must also, ultimately, deliver on your brand promise as well. We’ve pulled apart the three elements for you by providing summary case studies below on how that particular component played a major part in campaign success.

Tap2Drain is a plumbing and heating company serving BC’s Lower Mainland. One of the services they offer is the replacement of Poly-B pipes, installed in homes between 1973 and 1999. These pipes are prone to cracks and leaks and, if they burst, could cause serious flood damage. In some instances, insurance providers would not offer coverage to homes that had Poly-B pipes in them. Replacement costs often outweighed the costs associated with damages and time spent dealing with insurance companies.

Ads were designed to directly appeal to homeowners who may have Poly-B pipes in their homes. The benefits of dealing with Tap2Drain’s knowledgeable team were clearly outlined in the ads as well. 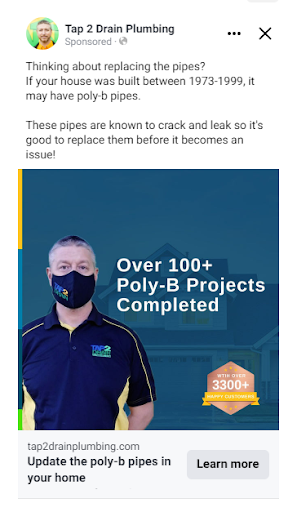 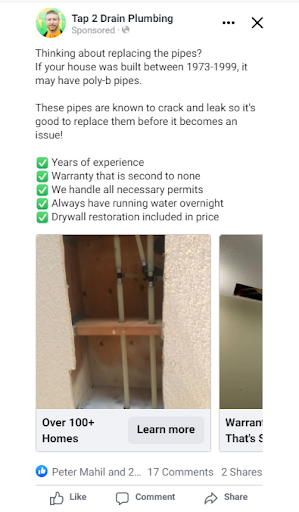 Over a six-month period, the ads generated 13 leads, an average of two per month. This may not seem like a lot but keep in mind that the average price for Poly-B pipe replacement in the home is in the thousands of dollars.

As the ads were run on social channels, they also generated some solid engagement:

Check out our full case study about Tap 2 Drain here.

ORIGINALITY – Surrey Board Of Trade

The global pandemic hit local businesses hard across the country. In the city of Surrey, BC, the local business group – Surrey Board Of Trade – needed a community campaign that would encourage consumers to shop local.

The goal of the first campaign, “Thank You Surrey”, was to demonstrate the impact people could have when they shopped locally. It was a platform for businesses to reflect on the tough times they were all in and to convey their gratitude to the community for their support.

The campaign was so successful that the Surrey Board Of Trade approached Blue Meta again to continue it for a second year. “Surrey Strong”, an evolution of the first one, shifted the focus from reflection and gratitude to aspiration and pride. The premise behind the second campaign was to ignite community pride and perseverance – one that would ignite a “village mentality” amongst consumers and business owners alike.

Several marketing tactics were employed, including social media advertising that focused on Facebook, Instagram, and TikTok. The second campaign was a resounding success within the Surrey community, garnering high levels of engagement and impressions. 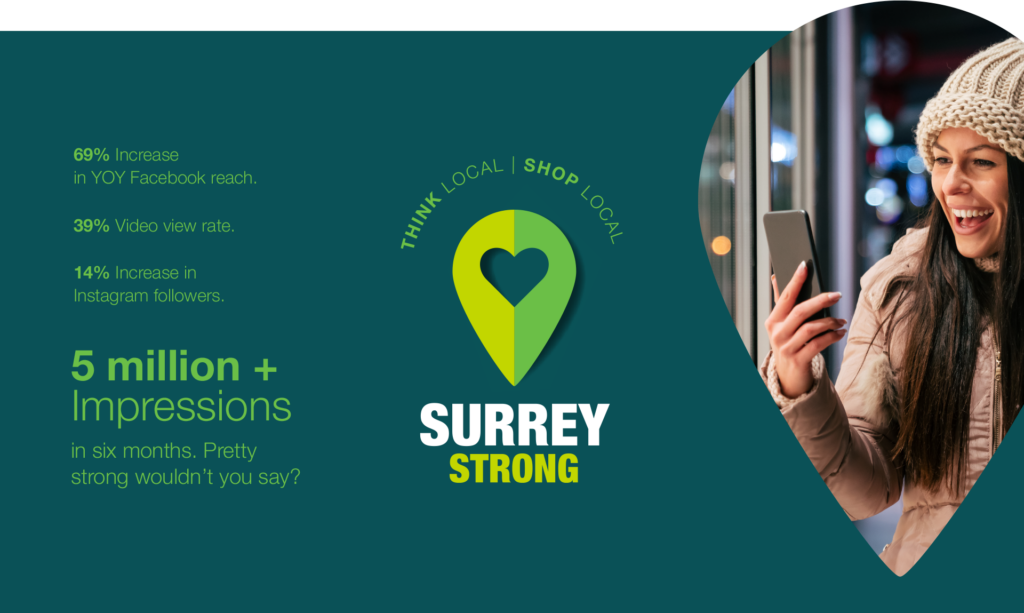 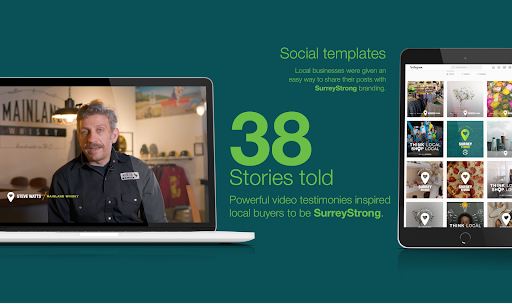 Everyone loves a David vs. Goliath story. But in marketing, when you’re going up against powerhouse brands that are already well-established, you need to be rock-solid when it comes to strategy, design, and implementation.

Yeedi offers a line of robot vacuum cleaners that are priced well below their major competitors. But in order to stand out, they needed to clearly show the benefits of why consumers should consider switching over and purchasing their product. A series of ads – static and motion – were produced that outlined some of the main features of the vacuums that were also supported by the benefits of the product usage.

During a six-month period, Yeedi’s Google ads received a quality score of over 7 out of a possible 10. At its highest, it was sitting at 7.8. Among the factors that Google uses to determine a quality score are expected click-through rates (CTR) and landing page experience. The ads received nearly 20,000 clicks on Google alone.

During the same six-month period, Yeedi’s Facebook ads garnered over 3,276,577 impressions and over 66,059 clicks. The ads’ quality scores on Facebook were also above average.

The next time you’re looking at your brand’s current ads, ask yourself if they’re successful in achieving the other ROI. Are they relevant? Are they original? Do they make an impact? If the answer is no, it may be time to consider an overhaul. Contact Blue Meta for a digital assessment.

In 2021, local Surrey businesses were feeling the impact of health restrictions and reduced customer traffic. Messaging urging people to “buy local” was getting tired and there was a sense that many were starting to “tune out”. Help was needed, something that would resonate with local consumers. The Surrey Board of Trade reached out to Blue Meta.