Based on Blue Meta’s proven success launching a winning Black Friday Direct-To-Consumer (DTC) sales campaign the previous year, we upped the ante by prioritizing owned media channels for the next year’s campaign.

About Jerky in a Box

Founded in 1949, Drake Meats – producers of Jerky In A Box – has been owned and operated by the Ediger family for over 70 years. Their mission is “to bring people together around good food” and their aim is to become a household brand, enjoyed by Canadians.

Based in Drake, Saskatchewan (where the company derives its name), they are the proud producers of premium craft meats – from sausages and wieners to burgers, bites, bacon, jerky and more.

Crafted by hand in small batches using 100 percent local Canadian beef, family marinade recipes and signature hardwood smoke, Jerky In A Box products are made in a family-run facility by people who are passionate about making nothing but the best beef jerky in the country. 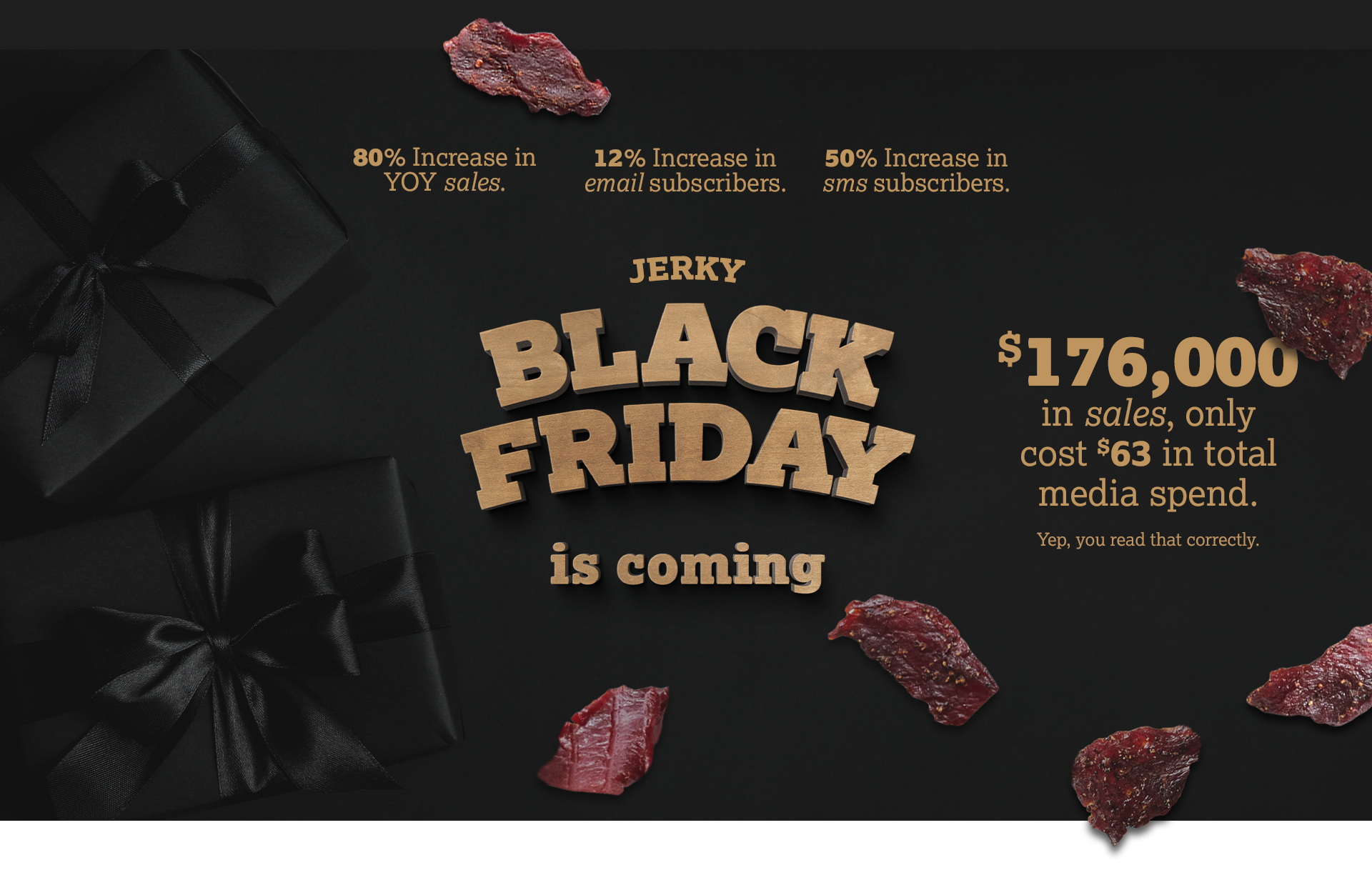 After the success of Jerky in a Box’s first Black Friday campaign in 2020, Jerky In A Box and Blue Meta knew that Black Friday 2021 would be just as big, if not bigger than the year before. It was determined that customers would be anxiously awaiting this year’s deal so we decided to keep it the same as the previous year: buy one, get one free jerky boxes.

Throughout the year, more focus was put on driving awareness about the brand to build customer awareness, increase email lists and improve customer loyalty. Our goal was to use this first party data as much as possible during Black Friday to keep acquisition costs low. 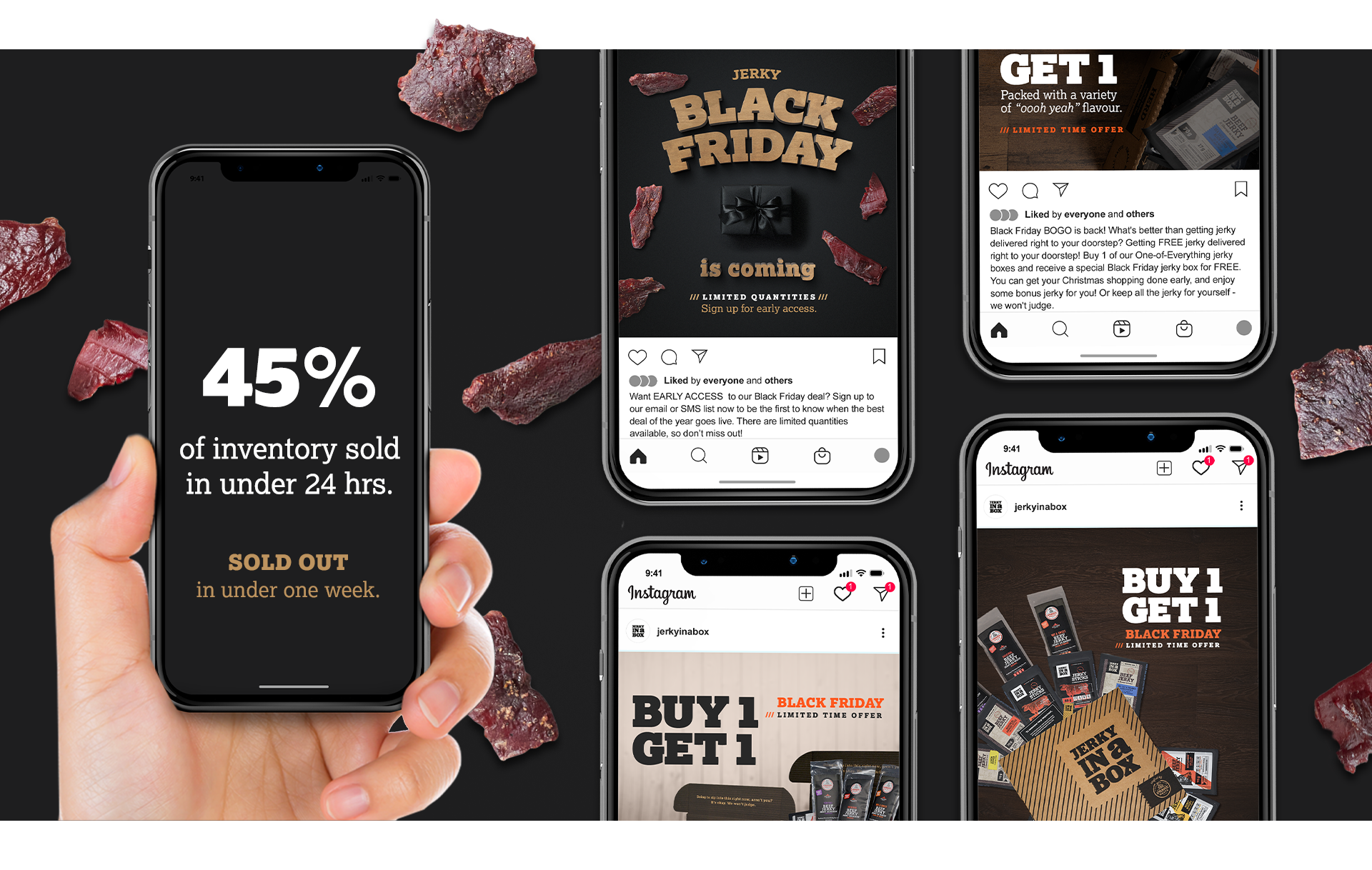 We started planning Black Friday in June 2021 to ensure the roll out of other initiatives were implemented well in time to gather data ahead of Black Friday.

The main challenge that we were facing was iOS signal loss with Apple’s new security restrictions around third-party tracking. Since Facebook had been a large piece of our Black Friday campaign from the year previous, we were aware that this may significantly impact results.

The marketing and digital teams sat down to map out a comprehensive, multi-channel digital marketing strategy that would build on customer acquisition and brand loyalty. We knew the customer base was strong and the offer was very attractive; it was only a matter of planning out the details of what happened and when.

Tactics that were used for the campaign included:

We also implemented stronger initiatives with email marketing and introduced SMS sign ups on the website so we could increase first party data and not have to rely as heavily on advertising. 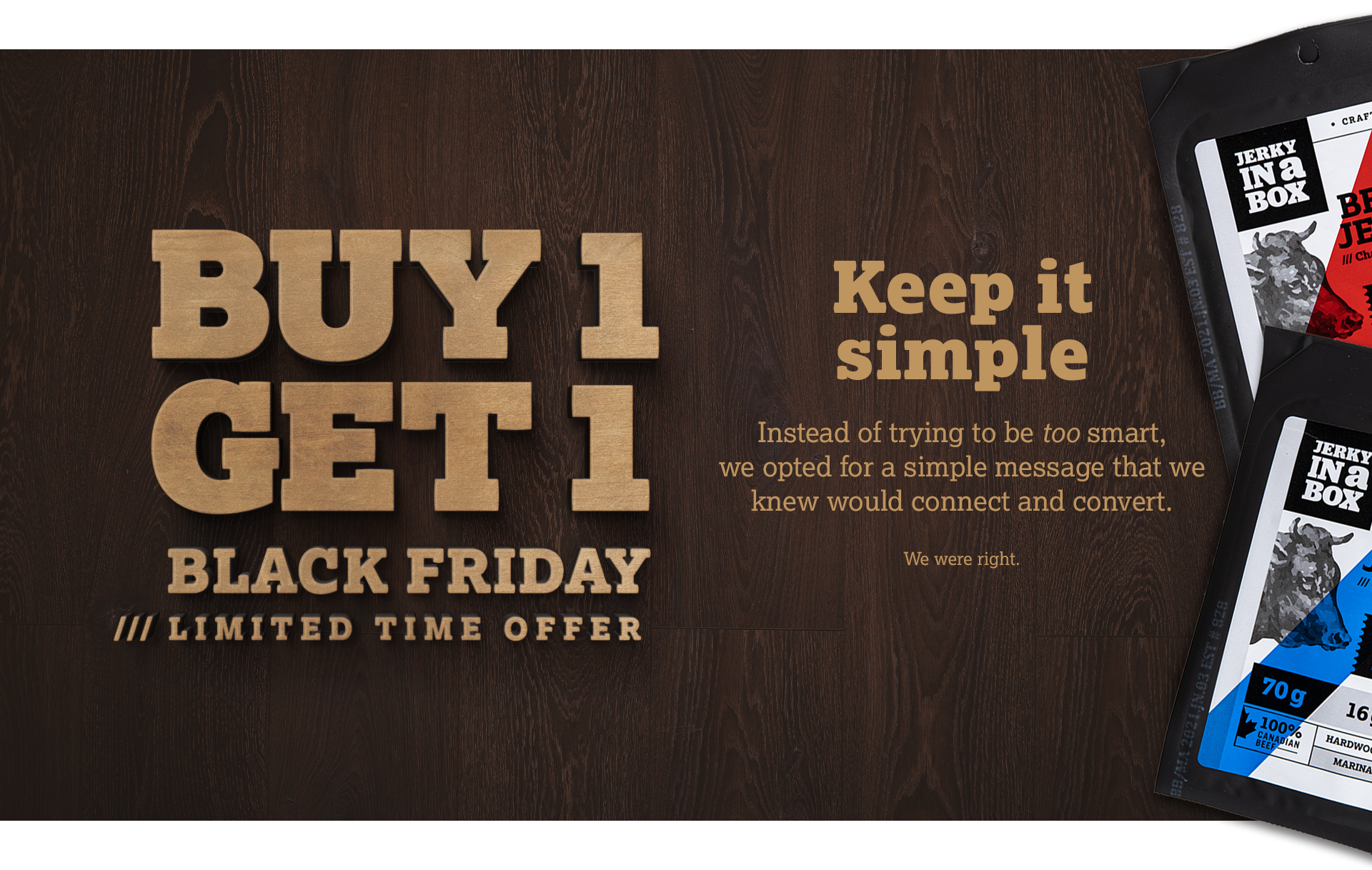 A major perk of being part of the email and SMS lists was getting first dibs on sales. To further increase subscribers ahead of the Black Friday drop, we built a small teaser social ad campaign and organic social posts to encourage users to sign up for the newsletter. Our messaging made sure to let subscribers know they would get early access and quantities would be limited, creating a sense of urgency to be on the list or risk missing out on the deal. We ran this campaign for one week and increased our email subscriber list by 12% (one of the largest monthly increases in 2021). SMS subscribers increased by 50%.

When the early-bird Black Friday deal went live, jerky “flew off the shelves” and no marketing dollars had been spent yet. The early access deal was live for four days. We sent four email campaigns and three SMS campaigns about the deal, including reminders and ‘last chance’ messages to really drive urgency. When the launch to the general public went live on November 26th, we used organic social posts, a promotion extension on Google Ads and a small social campaign with a media spend much smaller than originally planned. The offer sold out in two days.

Through highly detailed planning months ahead of time, we were able to have all the pieces in place to utilize our owned media BEFORE even turning on the paid channels. It further emphasized how our jerky fans love our product and that growing brand loyalty will lead to success for the business. 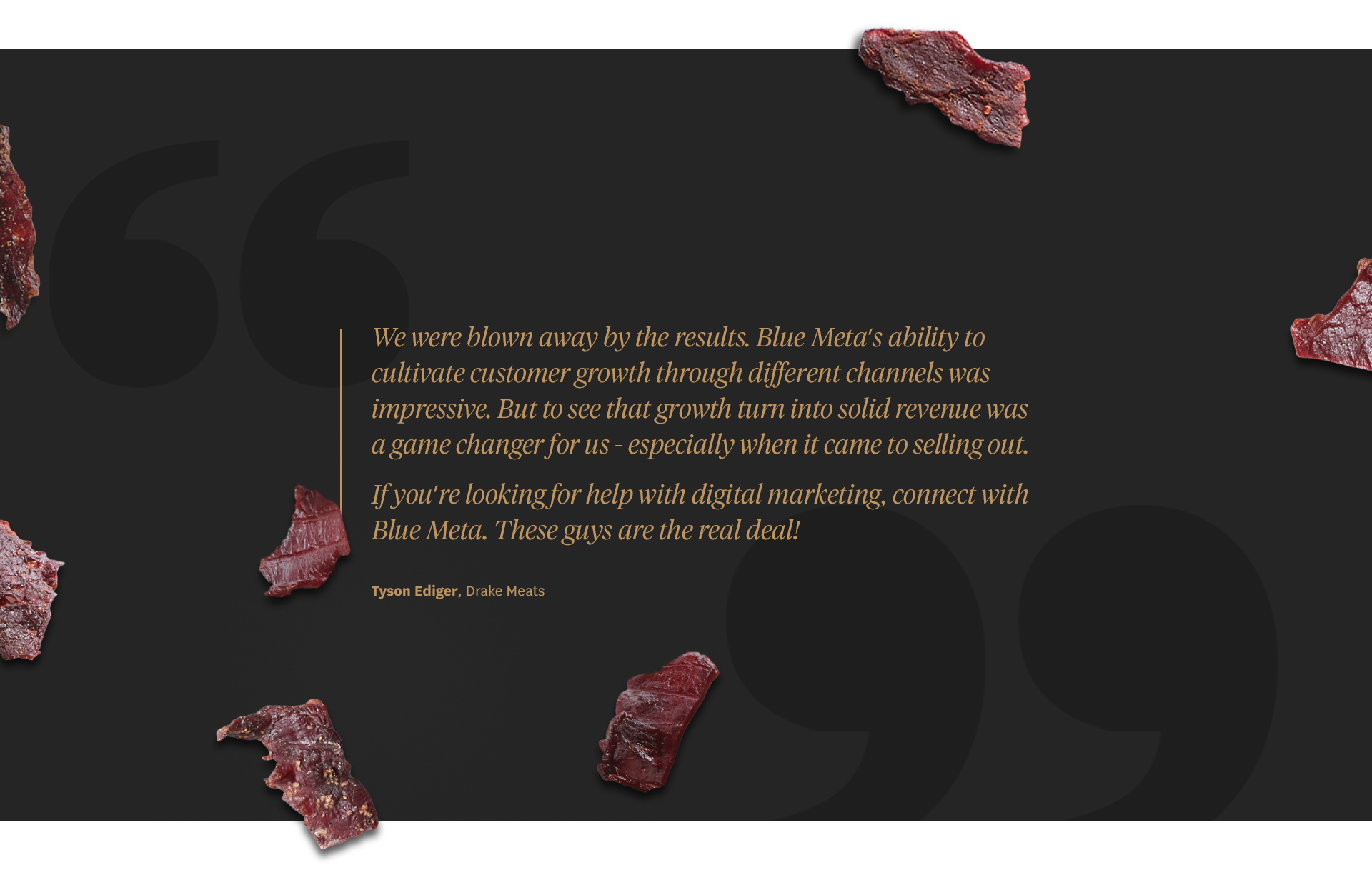 During the previous year’s Black Friday campaign, total sales were approximately $98,000 and total media costs were $10,000.

One year later, with the implementation of the new strategic digital marketing approach, total Black Friday sales were $176,000 and the total media spend was $63. (That’s not a typo.)

Once the owned audiences were provided advance access to a promotional offer – in advance of the public one – sales moved quickly and consistently through the allotted inventory. Indeed, once the sale was opened up to the public, remaining inventory sold out in a matter of days proving just how effective a well-planned digital strategy can be.

A DTC strategy like this might be viewed as one that could only be implemented by big brands with big budgets. What proved critical here was the team’s ability to adapt and scale. This opens up similar strategic opportunities in other ecommerce areas where scalable execution platforms, budgets and capabilities exist.